Legend has it that St. David told Welsh soldiers to wear a leek in their helmets to help identify them. They won the battle, thus the leek became a symbol of Wales. iChild doesn't do battles, but your children can enjoy making this leek character - they could even call it David! 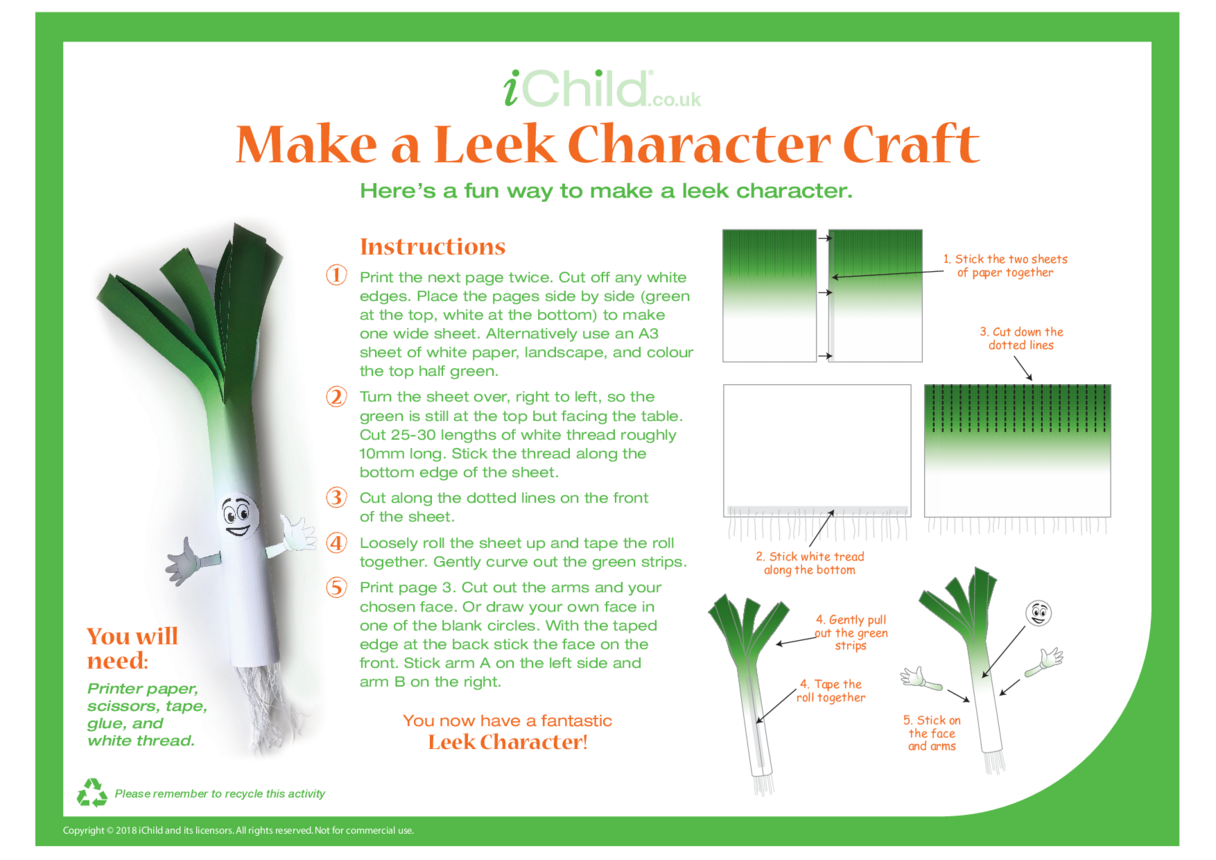 If your browser is Google Chrome, there appears to be a temporary bug which causes the activity to be printed portrait, cutting off some of the content. In this case, a solution is to right click on the activity, save it and print from your saved area.

If your browser is Firefox, there appears to be a temporary bug which causes the activities to be reduced to fit the top half of a portrait page. In that case, a solution is to either to save the activity, as above, or manually set your printer to landscape. 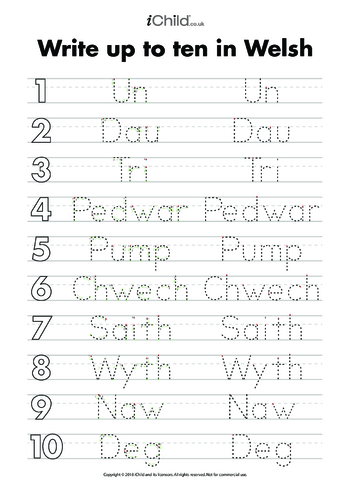 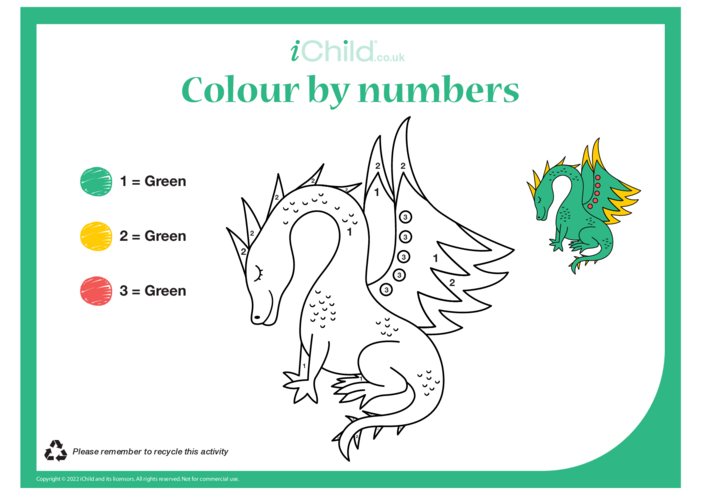 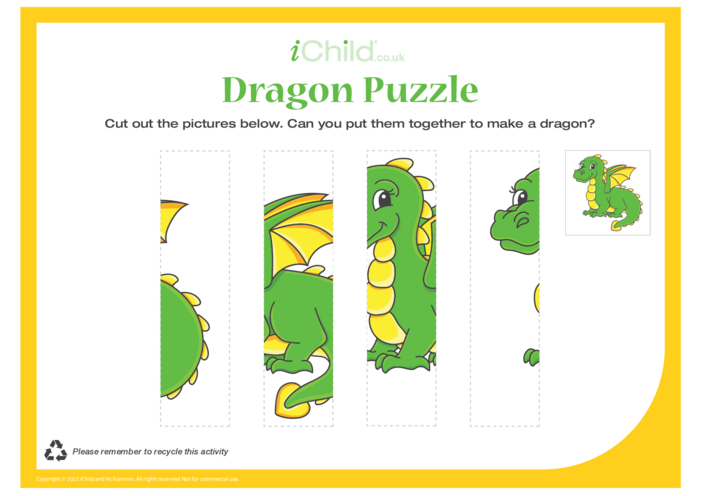 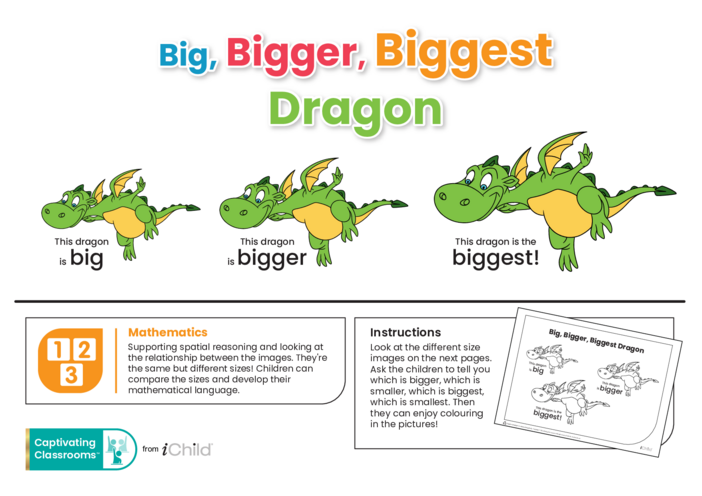 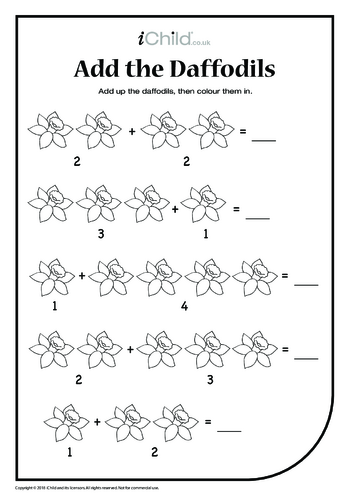 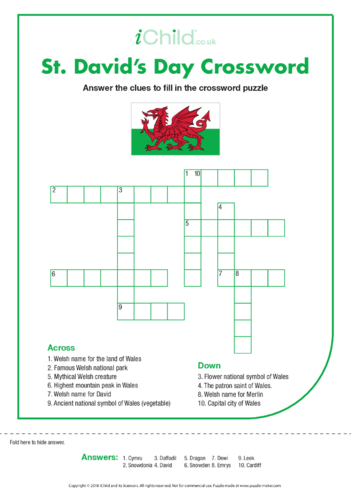 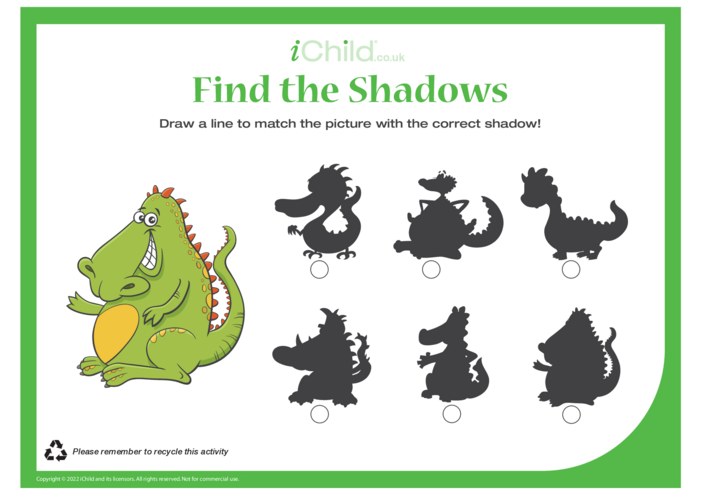 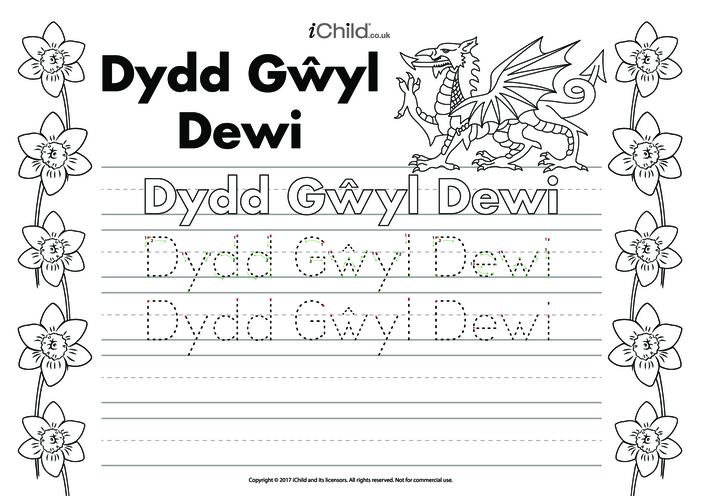